After Mikina graduated from the group, Kozue and Ikura preformed as a duo before holding audtions for new memebers that would bring them members: COCO, Maamu, and Yuzuki. However, this group was short lived as COCO graduated, leaving only four girls in the group. COCO only stayed in the DANCEROID unit for one year and the reason of her early departure is unknown.

Very little is known about DANCEROID's COCO, but that she was married on February 2nd, 2013.

COCO in her wedding gown

COCO going down the isle 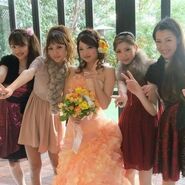 COCO's reception dress
Add a photo to this gallery 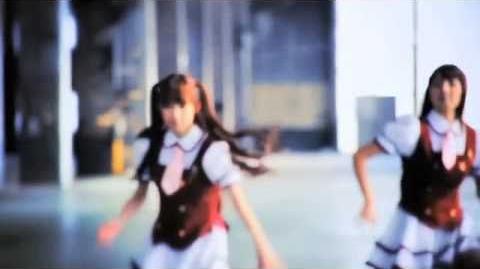 Retrieved from "https://danceroid.fandom.com/wiki/COCO?oldid=6348"
Community content is available under CC-BY-SA unless otherwise noted.